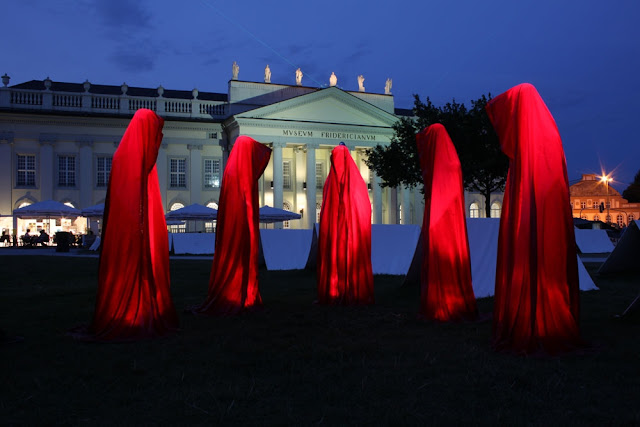 It sounds like a title of a old episode of Star Trek, but the town of Kassel in Germany has been invaded by a group of figures known as the Guardians of Time. Kassel holds an art exhibition every five years but despite an offer from the artist the Guardians of Time were not invited. Yet, these mysterious beings do not, it seems, need a summons from mortals. They chose to walk where they wish. 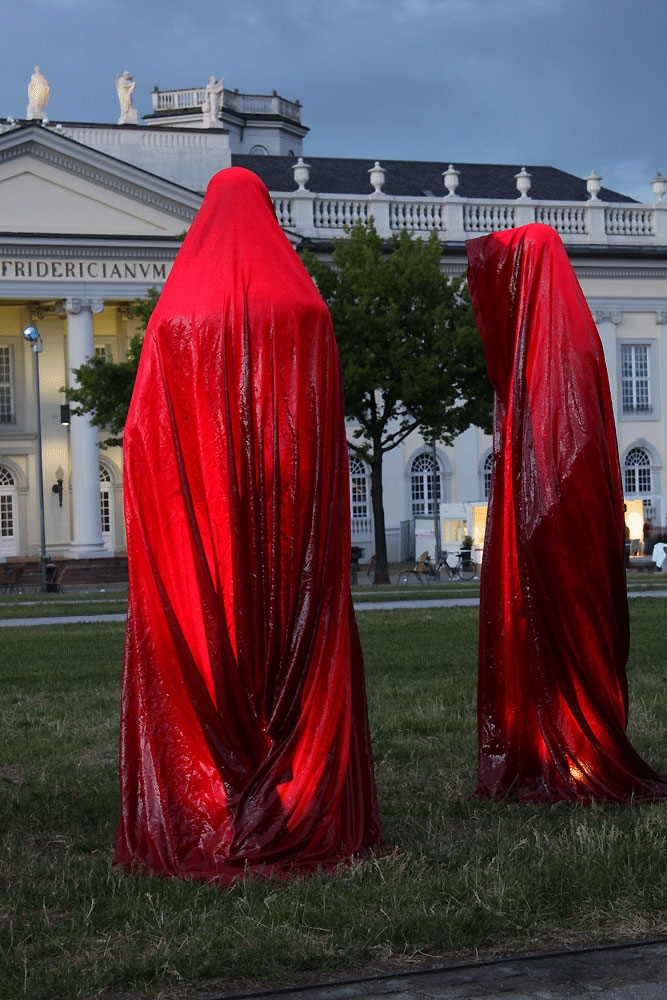 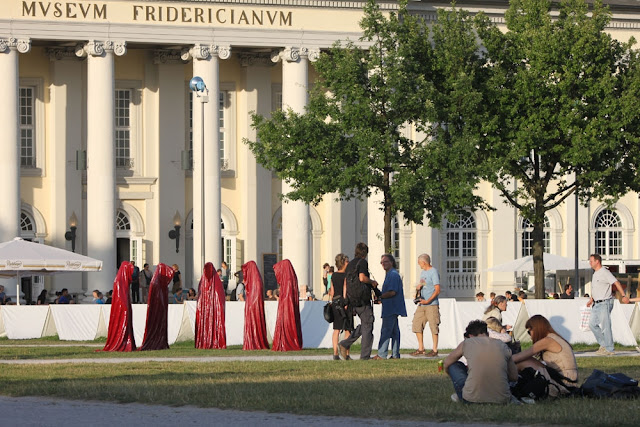 The artist, Manfred Kielnhofer, a world renowned Austrian painter, sculptor and Photographer, did indeed offer his work to the Kassel art exhibition, known as Documenta (now in its 13th installation as it were). Yet for whatever reason his proposal was turned down. 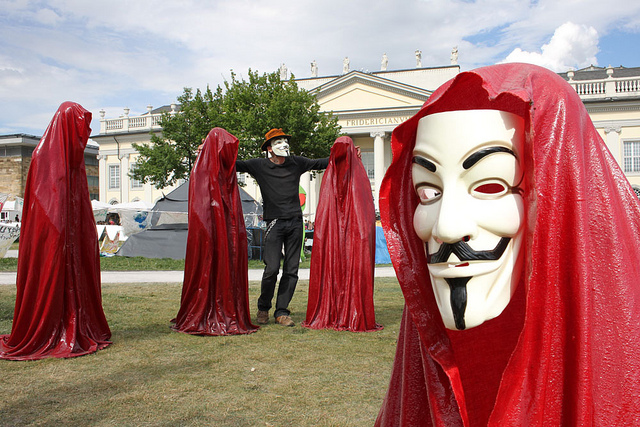 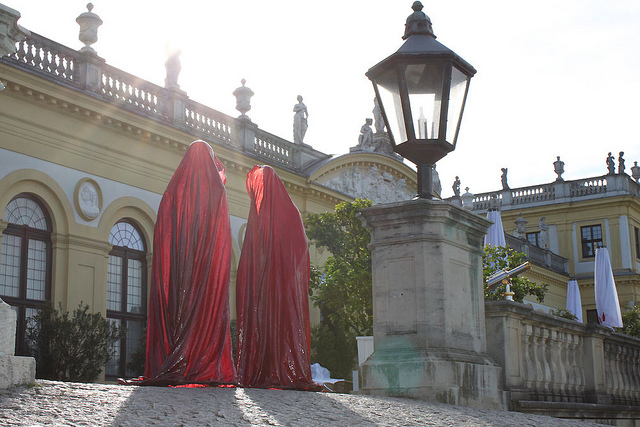 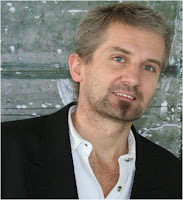 Instead, the sculpture was installed on Friedrichsplatz in the ‘Occupy Kassel’ camp after curators rejected the artists wish to have it included in the exhibition – which includes over 300 exhibitions by artists from all over the World.

301 if you include Kielnhofer, pictured left, who is according to certain Kuriositas ladies the best looking artist on the planet. Objectifying the artist aside, the Guardians will be on site until the end of the art festival which concludes on 16th September 2012 and will spend their time traveling around the vast Documenta area, popping up at the numerous venues spread across the city. 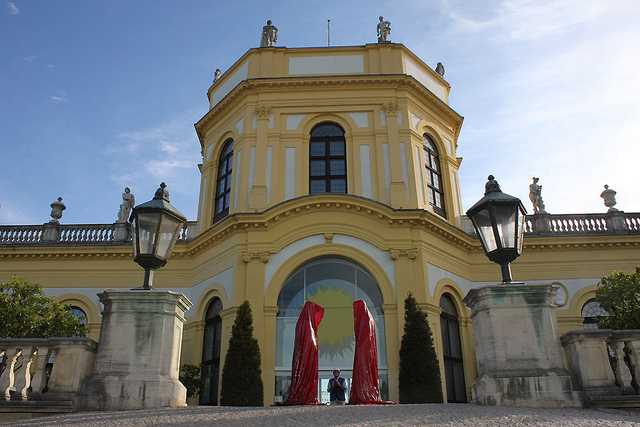 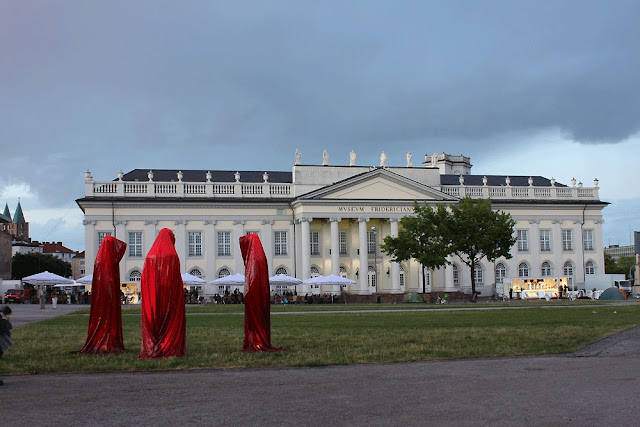 The Guardians of Time take the form of empty, sometimes illuminated shells which take a form akin to a monk (though, of course, that is open to your interpretation). They have been place on the Friedrichsplatz so that they can be seen by all who visit the festival but they have been seen all around the town. 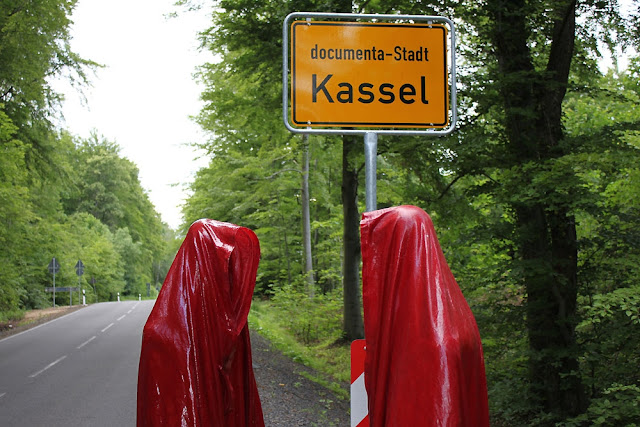 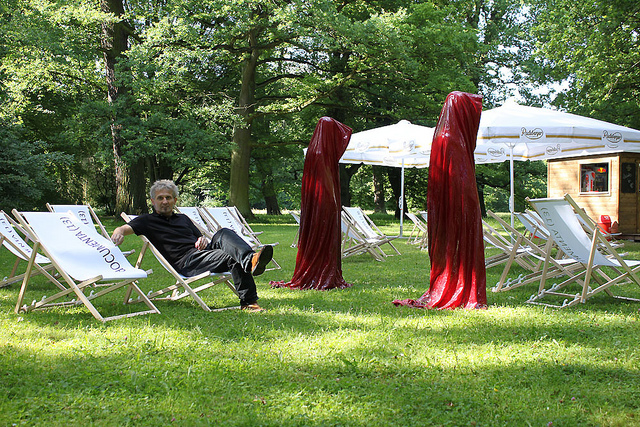 The Guardians may look a little daunting, scary even. Yet never judge by appearances. They have a somewhat subversive sense of humor. 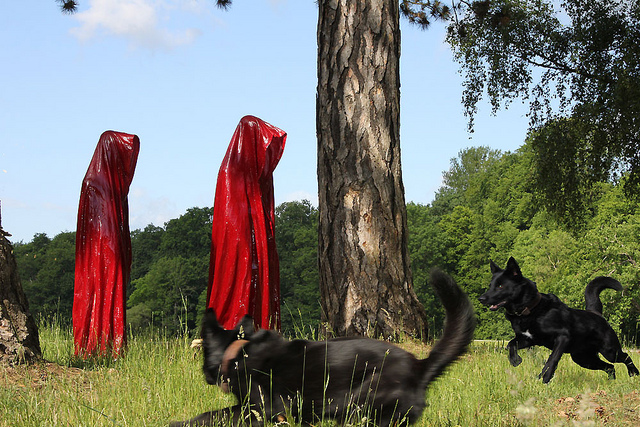 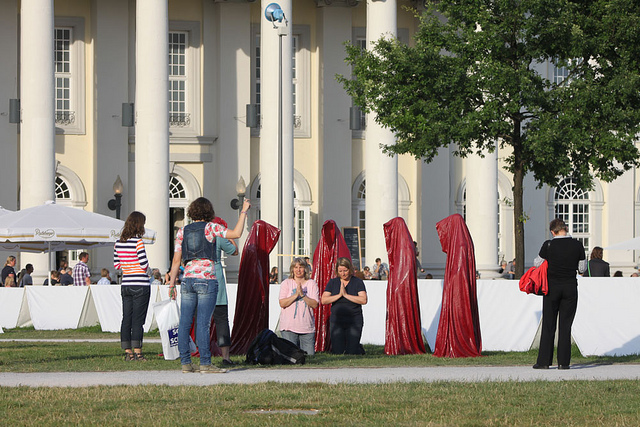 Tourists and dogs alike seem to love them – but silliness aside they do have a message. 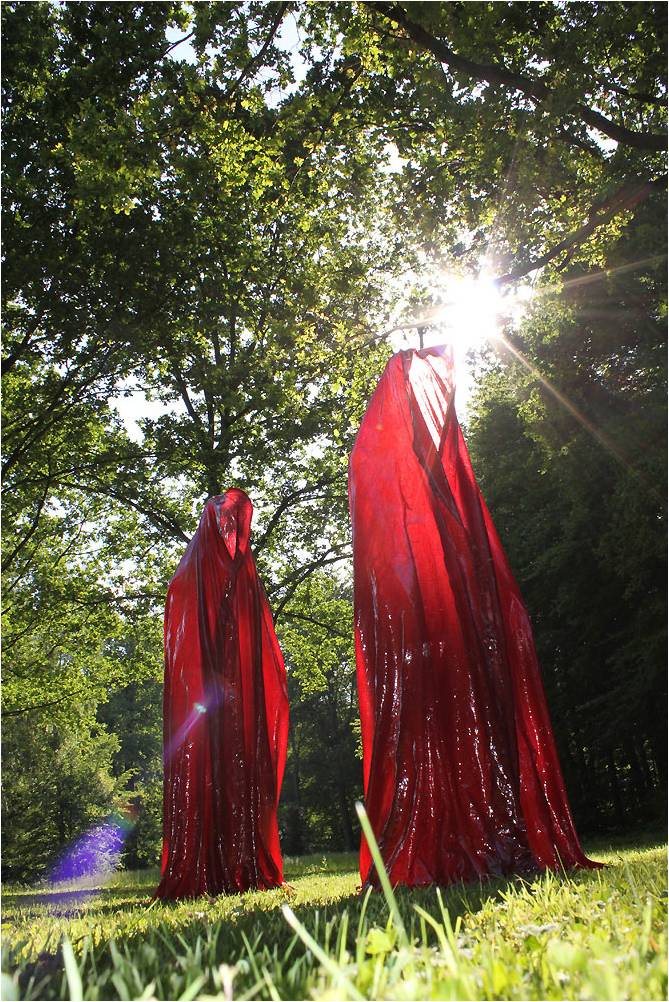 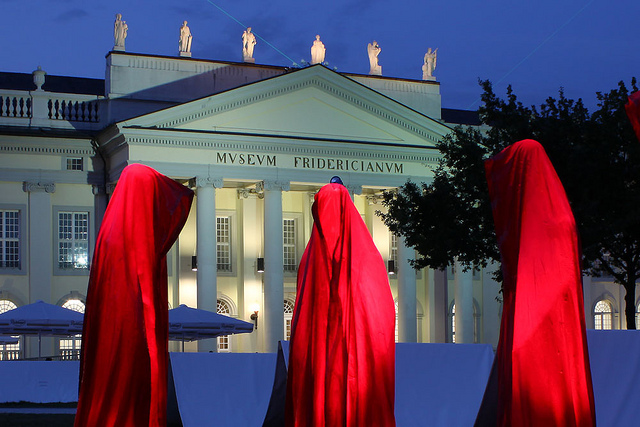 Kielnhofer created these starched resin and fabric cases and asked the world to make of them what it would for a reason. It is a call to people to make a change and to live with thought, with steady deliberation. The Guardians of Time ask people to remember things which are not forgotten but are not spoken about.  They form, as should we, a type of gestalt of remembrance.